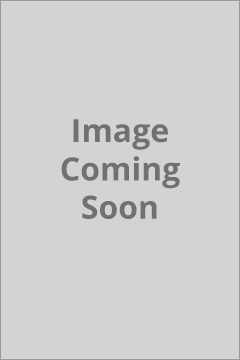 Eat, Drink and Succeed: Climb Your Way to the Top Using the Networking Power of Social Events

There's something to be said for being in the right place at the right time, but if you don’t capitalize on the moment, all you’ve got is a missed opportunity. Laura Schwartz understands the power of seizing the moment better than anyone. As a 19-year-old college student, she turned a volunteer position in the White House into the opportunity of a lifetime. Using her persuasive and engaging social skills, she went from answering phones to serving as President Bill Clinton s Midwest Press Secretary, Director of Television and, ultimately, Director of Events, where she oversaw 12 state dinners, America s Millennium Celebration and countless other high-profile events. Laura learned plenty while producing the President s events on the world stage, but one lesson stuck with her: No matter how social an event appears, it s business. She watched huge deals unfold over cocktails at state dinners, but she also watched many White House guests squander chances to turn these seemingly social events into life-changing opportunities.

When the Clinton Administration ended, Laura began to realize this lesson extended far beyond the Rose Garden. Whether it s a cocktail party, a Little League game or a casual conversation on the treadmill at the gym, there are powerful possibilities lurking in social situations everywhere we turn.

Through her acclaimed keynote series by the same name, “Eat, Drink & Succeed!”, Laura has brought her unique perspective on everyday situations to audiences around the world. Now, with her book Eat, Drink & Succeed: Climb Your Way to the Top Using the Networking Power of Social Events, her message is readily accessible to the masses. In Eat, Drink & Succeed, Laura shares how she used the power of her own social scenes in every phase of her life: from her days growing up in Plymouth, Wis., to her time at the White House and in her ongoing role as a television commentator for various outlets including CNN, the CBS Early Show, BBC, Fox News Channel and Sir David Frost s Frost Over the World. In a simple, straightforward style, the book shows readers how to apply those skills to their own lives.

In Eat, Drink & Succeed, Laura explains how to:

*Identify your social scenes
*Harness the power of the guest
*Get invited to the right events
*Arrive at the event armed with research, knowledge, business cards and everything you need to achieve your goal
*Make the right impression
*Achieve your goals not by asking what people can do for you, but what you can do for others
*Follow up after the event

*And much, much more