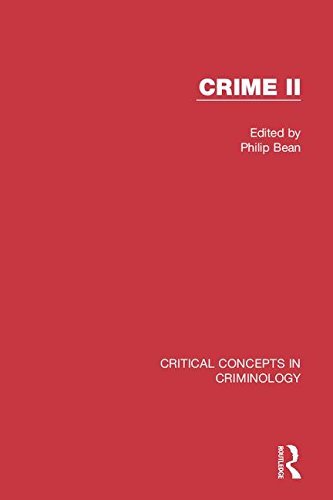 A new title from Routledge, Crime II is an essential successor to the editor’s earlier collection, published to acclaim in 2002.

Bean’s Crime (978-0-415-25264-5) (2002) was the first comprehensive anthology of the field’s canonical and cutting-edge research, and this new four-volume assembly of major works now takes full account of the many important developments that have taken place since its appearance. For example, in many jurisdictions, crime prevention has become a more dominant theme. The reduction in crime rates, alongside a similar fall in the extent of drug abuse, has also required a reappraisal of many earlier theories of the links with crime and selected social factors. Crime II reflects these and other changes, as well as anticipating those not yet fully formulated in the academy.

With a full index, together with a comprehensive introduction, newly written by the editor, which places the collected material in its historical and intellectual context, Crime II is an indispensable work of reference. Alongside its predecessor, it is destined to be valued by scholars, students, and researchers as a vital research resource.

Philip Bean is Emeritus Professor of Criminology at the University of Loughborough, and was formerly Director of the Midlands Centre for Criminology and Criminal Justice. He was president of the British Society of Criminology (1996 to 1999) and from 2000 to 2006 he was an Associate of the General Medical Council. Bean is the author of many essential Routledge books, including Drugs and Crime, 4th edn. (forthcoming, 2014). His other publications include Madness and Crime (Willan, 2007) and Legalising Drugs (Policy Press, 2010). 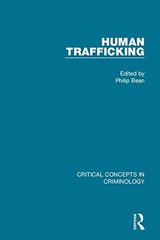